Our strike ends tonight at midnight. One week ago, most of us had never been on strike before.

Since we left our labs and classrooms on the morning of April 24, 2018, we have seen incredible solidarity across Columbia’s campus and throughout New York City.

Support staff and other members of UAW Local 2110, along with undergraduates and faculty, joined us on the picket line.

An average of 700 students a day had their classes moved off-campus; hundreds more classes, taught by graduate instructors and TAs, did not meet. Hundreds of RAs struck their normal work time. 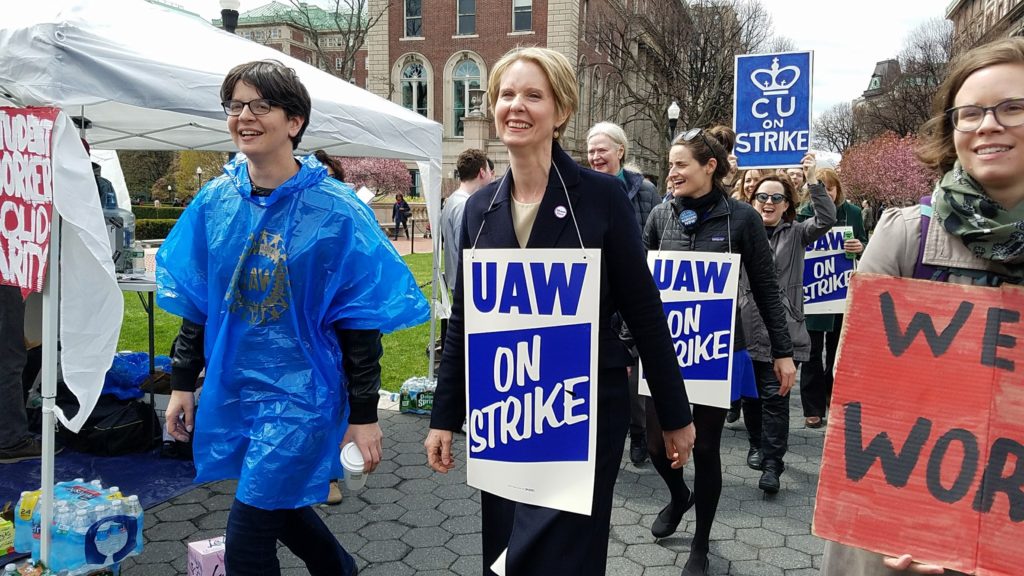 Politicians and political candidates—from New York City Council members to Cynthia Nixon to the President of Ireland—spoke with graduate workers and condemned President Bollinger for refusing to bargain with us.

Teamsters truck drivers and Verizon workers refused to cross our picket line, many of them turning their delivery trucks around at Columbia’s loading docks.

But most importantly, over 1,500 graduate workers stopped working and marched on the picket lines. We brought baked goods, sunscreen, umbrellas, and drums. We learned how to disrupt the day-to-day functioning of the university. We have been here for four years—from the card drive in 2014, to our election in 2016, to certification in 2017, to the strike today—and we are not going away. 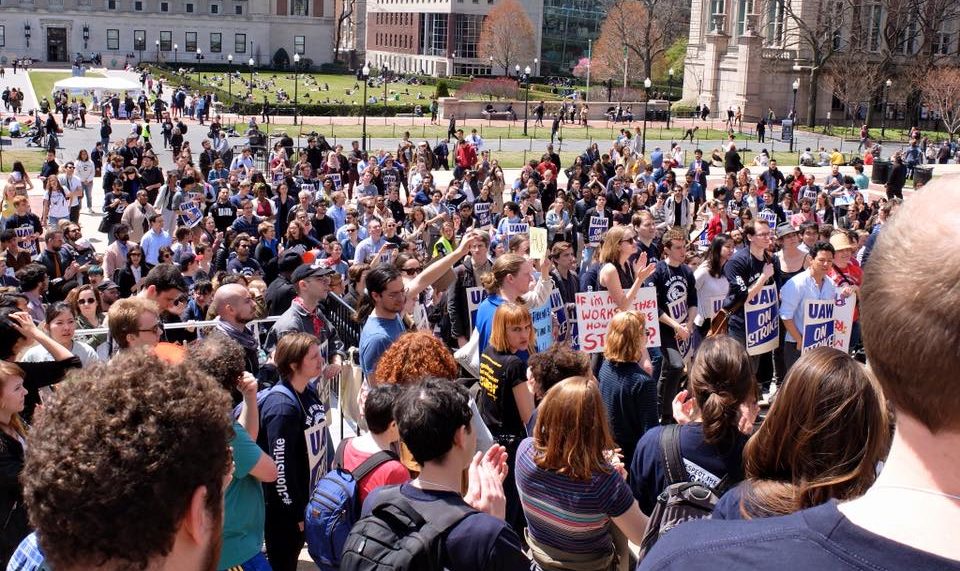 Although this strike ends today, we know what our next steps are: to organize over the summer and to escalate in the fall, preparing to strike as often as needed until Columbia respects our democratic election and sits down to negotiate a contract with us. Please join us for a general body meeting Monday, May 7, at 7 pm in Avery 114. Bring your ideas and your colleagues, and let’s keep working to make a better university for all of us.