Without a union contract, research and teaching assistants at Columbia University do not have the right to a fair grievance procedure (due process), and are instead left to hope for the goodwill of the administration is one of the many reasons we need to continue organizing and win recognition of our union. A typical union contract will have due process and a fair grievance procedure requiring just cause for dismissal.

In March 2015 PhD student Longxi Zhao was terminated from his teaching assistantship in the Columbia University department of Chemical Engineering during Spring 2015. He was not dismissed from his position as a student, but without his assistantship, he was left with no income or tuition support. Below are the basic facts of what happened.

After excelling in the Master’s program, Longxi was admitted to the PhD program and assigned as a Teaching Assistant in Spring 2015. Under the supervision of Professor Scott Banta, Longxi was one of two TA’s assigned to CHEN4230 Reactor Design. On March 23, upon returning from spring break Longxi was notified of his termination through a letter signed by his principal investigator, Professor Sanat Kumar, listing four reasons for his termination.

NAVIGATING THE LACK OF DUE PROCESS FOR GRADUATE WORKERS AT COLUMBIA

Longxi began exploring options to appeal his termination.  Given the lack of clear procedures for such situations, he began working with activists from GWC-UAW, the union for graduate research and teaching assistants at Columbia to formally file his appeal (click here to read Longxi’s full appeal). The allegations and his rebuttals follow below.

Longxi’s trip home to China did not interfere with his TA duties. He had verbal permission from Professor Banta to go on vacation during Spring Break, but Banta did not know that he was planning on going home to China for break. In the beginning of the semester, Banta expressed discontent with Longxi traveling to China because in his words, “I don’t trust China.” When challenged, he became angry and told Longxi to “remember who feeds you,” shutting down the conversation.

Longxi’s co-TA was responsible for proctoring the make-up quizzes that day.

The course syllabus contained no policy regarding late homework. When Professor Banta clarified his rules for grading, Longxi immediately informed his students and followed the new policy.

Longxi sent an email apologizing to his students for issues with Courseworks in which he used an inappropriate word to describe his own struggles with the grading software. After Banta complained about this language, , Longxi immediately apologized and committed to not use the word again. He also pointed out his status as a non-native English speaker and explained that he did not understand that using the f-word in relation to himself was inappropriate.

FILING AN APPEAL WITH DEAN KACHANI

After speaking with Dean Ellie Bastani and Dean Tiffany Simon, Longxi was advised to file an appeal with Dean Soulaymane Kachani. During this process, Longxi asked numerous times which procedures were being used as guidelines for his appeal, receiving no responses. In his appeal, Longxi refuted all claims made against him. But his appeal was denied by Dean Kachani. When Longxi emailed Dean Kachani In an attempt to better understand why he had made this decision, Dean Kachani’s response was “the decision I sent you is clear and final, and is not up for a discussion.” No formal process governing termination of Teaching Assistants exists at Columbia.

CAMPUS WIDE SUPPORT FOR LONGXI AND THE NEED FOR DUE PROCESS 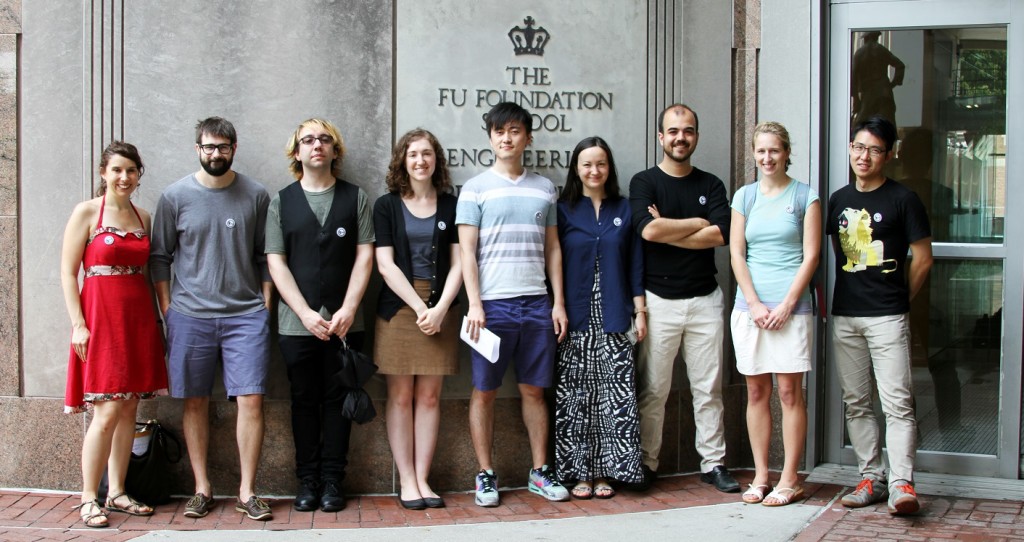 Motivated by the administration’s response 125 graduate student workers from 58 departments across campus signed a petition urging the administration to reinstate Longxi as a teaching assistant and to establish fair and transparent procedures and guidelines for RAs and TAs to avoid similar issues in the future.

In the end of June, a delegation of graduate workers delivered the petition to School of Engineering Dean Mary Boyce. The dean and the administration ignored our petition; without a recognized union, they do not think they have to respond to our concerns. Longxi was left with no choice but to return home to China.

Longxi has been left with no choice but to return home to China, but still continues his support and fight that graduate workers at Columbia need to have a union and due process.

“When Columbia terminated me as a teaching assistant, it placed an immense financial burden on me and my family and created great emotional stress. After paying my own way as a Masters student, I was excited to enter the PhD program.  As PhD students, we typically work as a TA for a full academic year before being employed as a research assistant on our advisor’s grant. Since Columbia took away my financial support as a TA in my first semester in the PhD program, it became impossible for me to afford to stay enrolled in the interim since it is such an expensive university.  And since the University administrators have denied my claim that I was wrongfully terminated, without due process, I have been left with no choice but to return to China and abandon my dream of earning a PhD in the United States.  It leaves me very disillusioned about Columbia University”. – Longxi Zhao

Thank you to the graduate student workers, at Columbia and from across the country, who have stood in solidarity with Longxi. Motivated by your support, and by Longxi’s strength, we will continue to fight for our union and for due process.