While speaking to attendees at the annual Working Families Party gala the mayor said the following about our organizing movement: “Congratulations to all the great people being honored tonight and a special congratulations to, our colleagues, the Columbia University graduate students who are here tonight. Now they fought, they persevered, they have been given the clear legal right to organize and unionize. Lets help them achieve their dreams. So interesting when you take on the ivy league they find it so distasteful. But it’s so necessary brothers and sisters.”

That support is especially powerful coming from de Blasio, himself an alumni of Columbia’s School of International and Public Affairs. The mayor joins a growing chorus of leaders that have spoken out on our behalf including New York Senators Charles Schumer and Kirsten Gillibrand as well as Democratic presidential nominee Hillary Clinton.

Here’s a photo with us, the mayor and Senator Bernie Sanders from Thursday’s gala. We’ll keep you posted on organizing next steps. 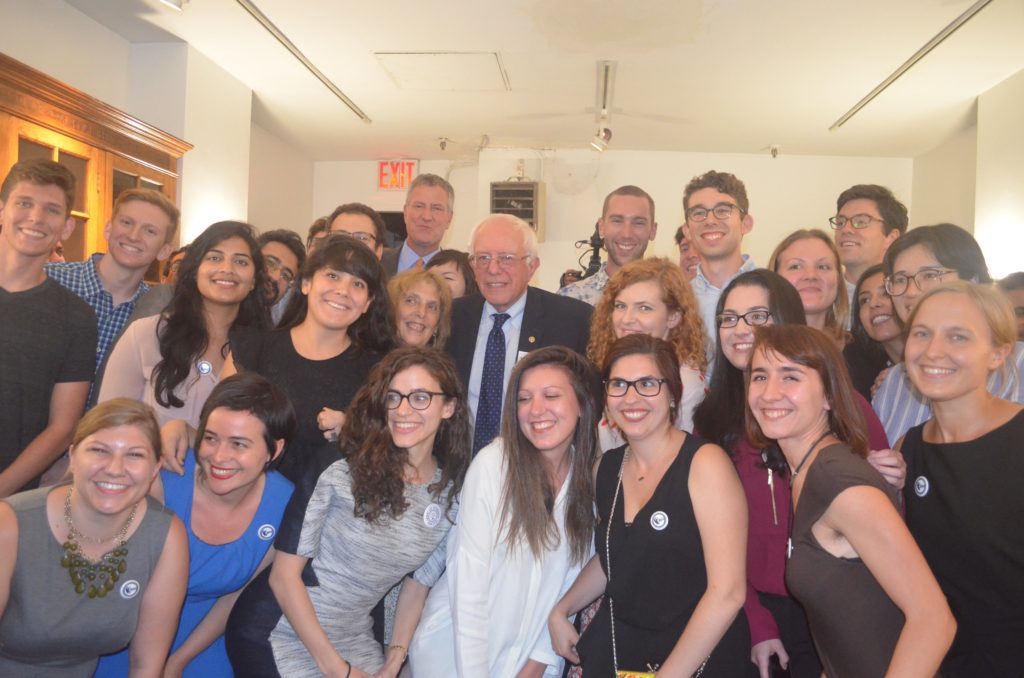